Twitter
I have been on twitter for a few months now, it`s great! I love it!
This is my link.
https://twitter.com/MissClareScott
I mainly use it for my Aviation Photographs, sometimes a few bead sets will be featured.
Hope you have a lovely weekend,
Clare x
Posted by Beads by Clare Scott at 5/18/2013 02:41:00 pm No comments:

Huge thanks to each and everyone my lovely Customers/beady Friends for all your support in 2012, I couldn`t do this without you.

Hope you have a fantastic New Year. 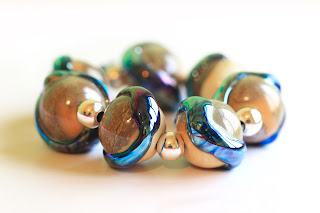 If 1st Class Recorded Postage or International Sign For Postage is required, you just have to pay for the 'top up' for the more secure Postage services.

As you know, 1st Class or Standard Airmail cannot be traced once it leaves Post Office.

Today has been really quite a productive day.

I have mainly been making Earrings. Would have liked to have made more, but I ran out of headpins! I`m sure I`ll be making more again very soon as I really enjoy making them.

They are available in my Jewellery Etsy Shop now ~  http://www.etsy.com/shop/Jewellerybyclare

They are available in a choice of Ear hooks, as you can see below, and in the listing.

Don`t forget I can make any of my bead designs in to earrings, so if there is anything you fancy in my Etsy Bead Shop, just let me know, I`m sure we will come up with something between us!
Just take a look at my Etsy Bead Shop and let me know - http://www.etsy.com/shop/BeadsbyClareScott 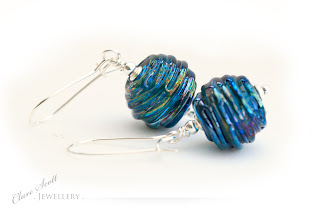 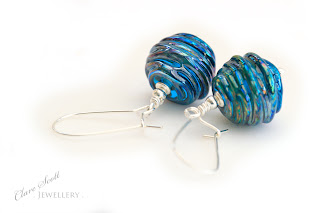 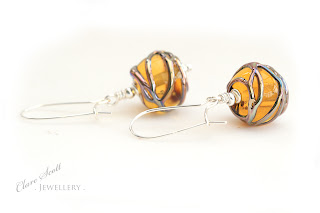 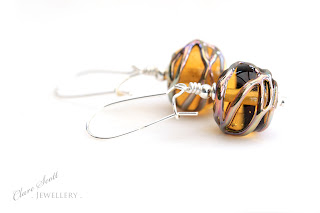 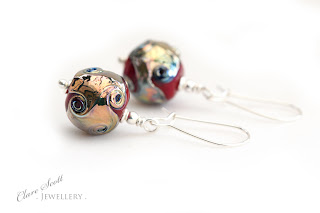 Available in three types of Ear Hook. Please specify your choice at Checkout. 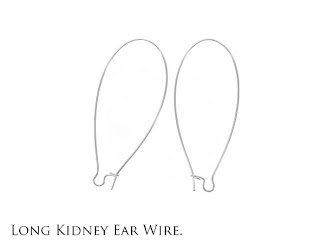 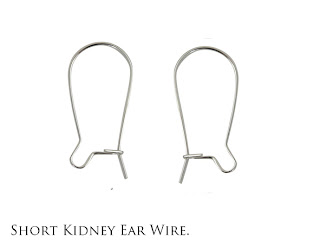 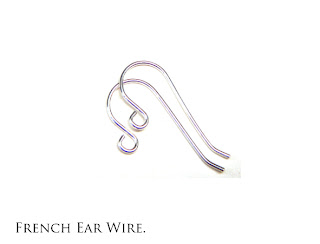 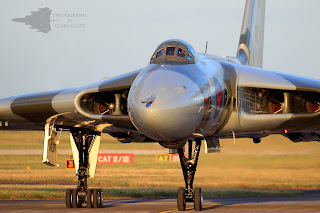 For those of you who don`t already know, I am quite a keen Photographer. This Year has been incredible. I have definitely found my niche in the field of Aviation.
My photographs can be seen on my website - www.photographybyclarescott.co.uk

http://www.vulcantothesky.org/
I was recently invited by Kev Rumens, Display Pilot on the Vulcan, to spend the day with the Vulcan To the Sky Team and to photograph the last Fight of the Season. 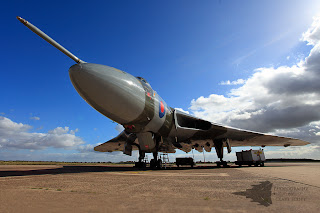 Saturday 29th September arrived. I was so excited! the skies were perfect, a beautiful blue, with white fluffy clouds, really give another dimension to my photographs. You can even see the skys reflection on the nose of one of my shots below.

I donned a lovely shade of fluorescent yellow vest and off I went with the Team.  The engineers were busy preparing her for her final flight of the 2012 Season. Checking everything was in perfect working order.

I climbed up the yellow ladder into the cockpit. It was sooo tiny! I had been pre warned about its size as my dad used to fly Vulcans. I don`t know how they managed long journeys with a full crew!

By this time the Engineers had moved away from the Aircraft, which let me take advantage of the clean background around the aircraft for some shots.

I really wanted a head on shot of her, the steps weren't available, so I clambered up onto the roof of a transit van to enable the shot I had in my mind. Success!

Watching everyone working together was fascinating. As the engines started the communication between the crew changed from voice, to sign language.

Crew: Captained by Bill Ramsey, his first flight in charge this Season. Kev Rumens was co-pilot, Andy Marson, navigator, Barry Masefield as the AEO. The flight over Kemble saw Bill Ramsey perform a display in front of an authorised CAA examiner in order to obtain his display qualification which will be vaild for the 2013 season.

As she taxied out everything suddenly became so real. It was almost like she had burst into life, like she knew it was her last flight of the Season and it was going to be a fantastic one infront of all her fans! 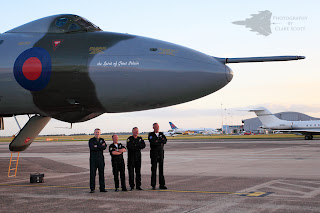 Her route comprised of:

As she approched Doncaster Airport, she flew directly over our heads, bathed in beautiful evening golden light, as she flew into the circuit to prepare to land, which she did in style. Those huge delta wings acting as an air brake, her nose finally touched down way down the runway.

As she taxied home you could feel mixed emotions. Joy, relief, excitement, tinged maybe in part with sadness, as this may be the last flight ever... maybe. I hope not. I guess that will be down to donations from the public.

With the Crew safely on the tarmac I took the opportunity to photograph them, looking very smiley as the sun was setting.

XH558 is now tucked up in her Hangar at Robin hoods Airport for the Winter, if you`d like to see her up close, the Trust organise Hangar tours for the public to see her in all her glory. 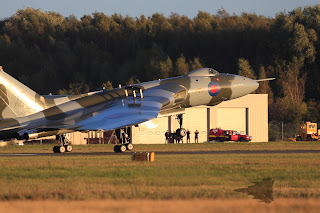 Massive thanks to Kev and Toni for such a magical day.

Hope you enjoy looking at my photos as much as I did taking them.

You can see more of my Vulcan Photographs in the November Edition of Global Aviation`s Online Magazine. 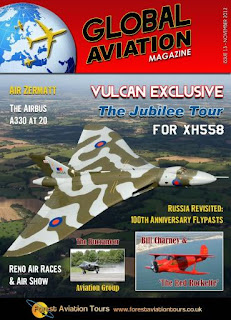 Global Aviation Magazine is one of the App Store’s first bespoke digital publications dedicated to the world of aviation. Covering every era and every genre, GAM mixes news articles with interviews and, we believe, provides something for everyone with a passion for flight.
http://www.pocketmags.com/viewmagazine.aspx?titleid=1077&title=Global+Aviation+Magazine

With almost 150 pages of content and stunning imagery, all you have to do to grab it is download our FREE Apple / Android app or register, also for FREE, with PocketMags, to enjoy it on PC / Mac.

More details to follow, but if you haven't done so already, why not get ready for the 9th and grab the app / register now?

Here's a sneak peek of the cover - with a spectacular image courtesy of The Black Eagles! 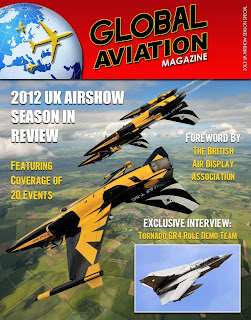 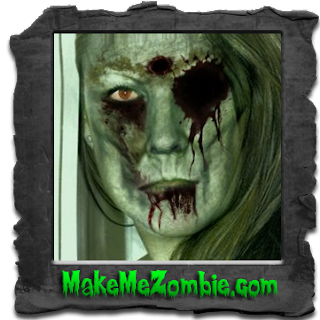 Just for this occasion I just Zombiefied myself on makemezombie.com... try it it`s fun!

I have listed a few Lampwork Glass Bead Charms (which are significantly prettier than the photo above) on ebay. Hope you like them! 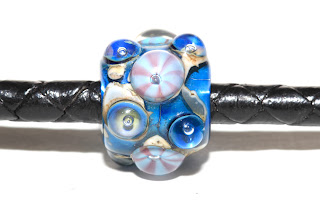 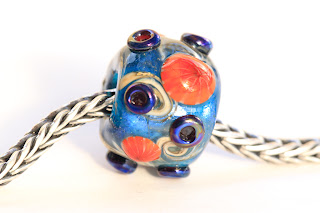 How did that happen!?!

Sooo I have one of my 925 Sterling Silver Glass Beads up for grabs as a BIG thankyou.

All you have to do is head over to Facebook,

I will draw the winner from a hat this Friday.

Promote your Page too

Promote your Page too

Followers of my blog

I Am Self-Taught Lampwork Artist And Jewellery Designer (which basically means I have been a bit of a hermit since I discovered you could actually make glass beads!!)

In 2007 I left my Veterinary Nursing job and had a big think about what I wanted to do with my life....

I have always been creative and realised I needed an outlet for this pent up creativity.

I spent night after night on the internet, scouring the prospectuses of local colleges as I wanted to study jewellery design.... or so I thought.

Luckily I came across a local jewellery maker - Anna Richards @ Beads on Toast. I asked if she knew of any jewellery courses in the area. She replied saying she didn`t know of any but she ran lampworking courses. LAMPWORKING COURSES?! Now THAT sounded interesting!! Playing with glass over a big hot torch! FUN! I never knew you could actually make glass beads!! I pestered the life out of poor Anna for information about this amazing subject (thankyou SOO much!) and decided to take my own path. Ever since that day I have been a complete hermit - with my head in glassy books, reading up on techiques on forums, trawling the internet for video tutorials etc etc...

Next step was annealing my beads whilst I saved up for a kiln.... huge thanks to Helen Prole @ Beady Bugs for your kiln space.

I was given a 'hothead' torch for my 28th Birthday in April 2007. I instantly knew making beads was for me and quickly upgraded my setup to a Nortel Minor burner running on bulk propane and Oxygen.

My Studio Can Be Found In The Beautiful County Of North Yorkshire, In The Heart Of England.

My favourite glass made by a company called Double Helix in the US. It is called 'Psyche' - a beautiful deep purple rod loaded with silver that produces an amazing array of peacock colours when worked in the flame.I also love their Aura (light & dark) Triton, Gaia, Elektra.... The Glass I Use Is COE (Co-Efficient Of Expansion) 104. Double Helix, TAG, Effetre (Moretti), Vetrofond, Creation Is Messy (CIM). These Glasses Are Italian, German Or American.

Recently I have been playing with Borosilicate (Pyrex) glass, it gives wispy organic reactions - it is COE 33.

I am a member of the Self Representing Artistry. (google 'self representing artist' for more info) My beads are 'annealed' in a digitally controlled Paragon SC2 Kiln, thoroughly cleaned of bead release and temporarily strung for you to use in your designs.

I love experimenting with glass, finding out how to get the very best results from reactive glass but best of all I love hearing from my happy customers and seeing their creations.

Thankyou for stopping by, if you would like to get in touch please do, I`d love to hear from you - claredscott@hotmail.com.